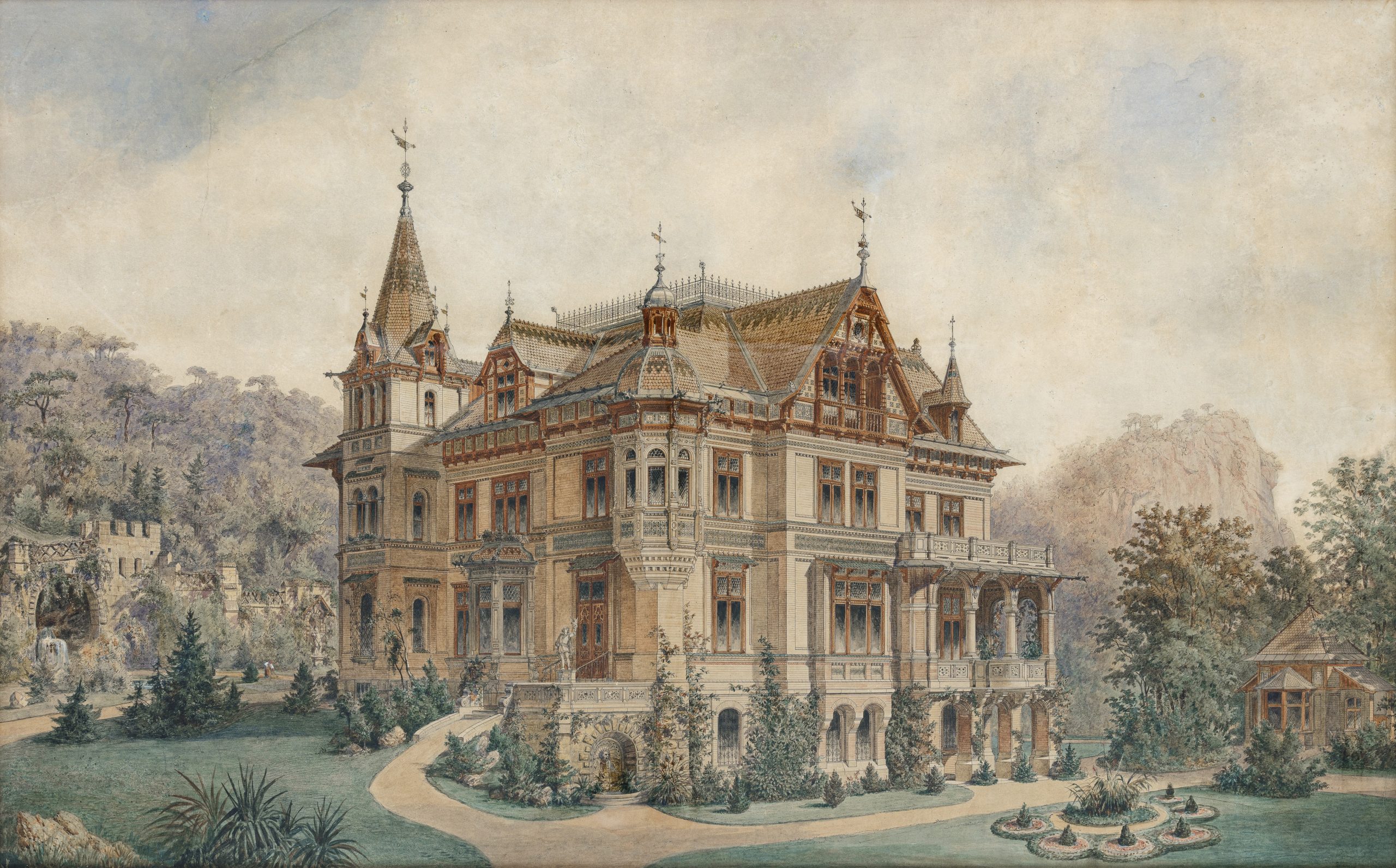 The Kohlen-Gutmanns revolutionised the energy market: in Vienna they organised a small-scale distribution system that provided households with coal. A huge relief for the population! But this was not the only factor that made Wilhelm and his brother David Gutmann into one of the leading industrial families in the Monarchy: they were among the most important patrons and sponsors of their time. They built the Poliklinik hospital in Vienna, erected houses for their workers and employees and supported numerous Jewish social institutions. The Villa Gutmann in Baden – also called Villa Ida after Wilhelm’s wife – was designed by the architect Alexander Wielemans and one of the most spectacular buildings of late historicism. Built in 1882, the complex encompassed a service building, a glasshouse, a “Salettl” (from “saletta”, a kind of gazebo) and the bowling alley – a usual feature for the time – also an elaborately laid-out garden with an artificial ruin. After Ida’s death in 1924, her grandson Rudolf inherited the property. In 1942 it was confiscated by the “Gauselbstverwaltung des Reichsgaus Niederdonau“ (Area Self-Government of the Reichsgau of Lower Danube); Rudolf fled to France. In 1948 his property was restituted, but he sold it in 1956.

Wilhelm’s brother David also purchased a villa in Baden, on Weilburgstrasse 18. After his death, his grandson Wilhelm Hermann inherited the property; in 1941 it was confiscated by the Landrat (head of the district authority) of Baden. In 1948 the building was returned and sold a year later. The villa no longer exists today.