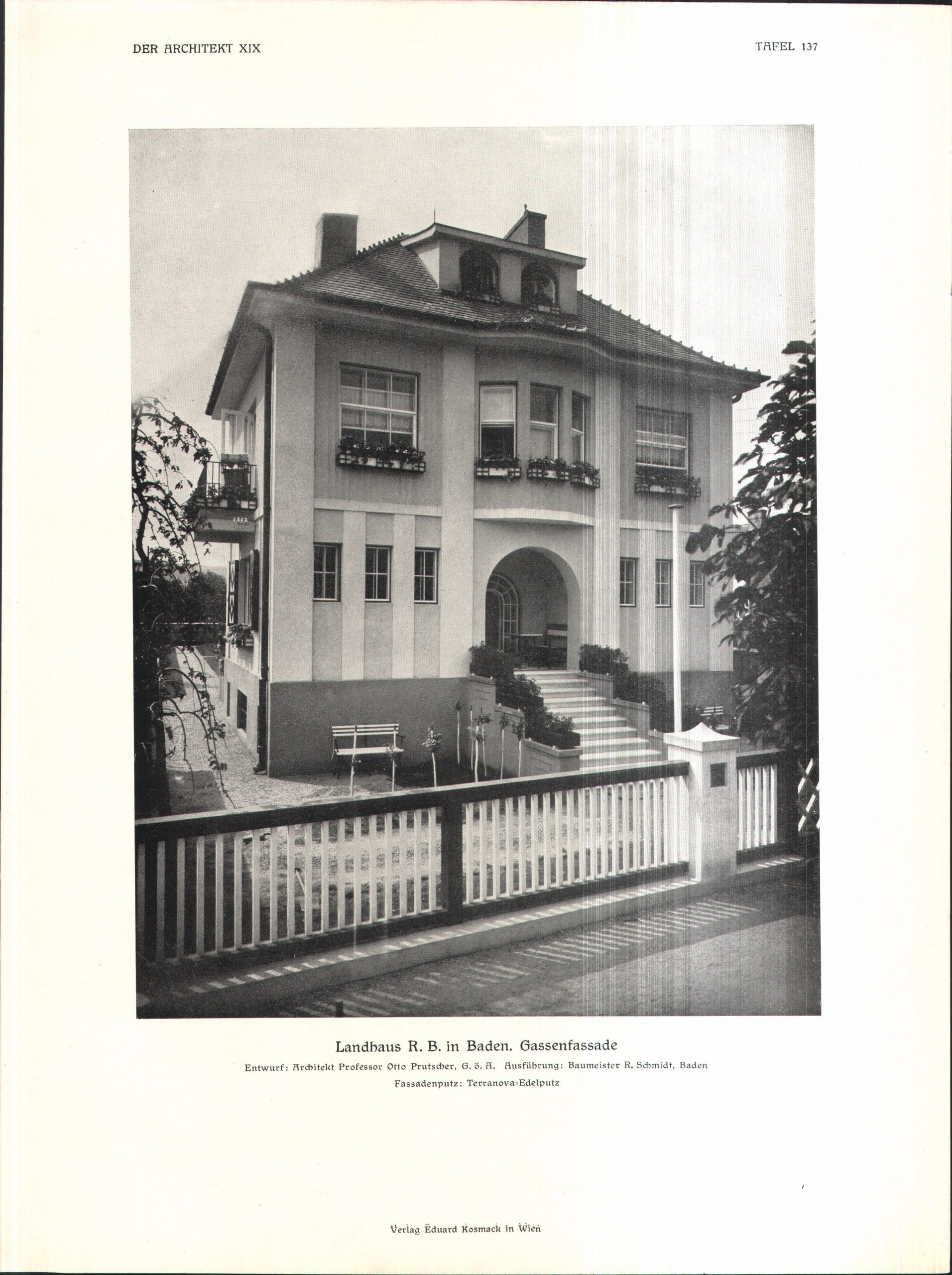 The plot of land next to Moriz Rothberger’s property was bought by the merchant and close friend Rudolf Bienenfeld; they were each the other’s best man and shared the architect: Otto Prutscher set up a villa for Rudolf Bienenfeld entirely in the spirit of a Gesamtkunstwerk, a synthesis of the arts. The left papers of the Wiener Werkstätte in the MAK Vienna include numerous designs and plans for it. “Merry in colour, yellow Terranova plasterwork, bright red roof, green drainpipes, the flowers in front of the windows even more richly arrayed than at the larger house (Villa Rothberger is meant here),” thus a report in the magazine Der Architekt in 1913. This description imbues life and colour into the surviving black-and-white photographs. The family already sold the villa in 1927. At the time of the Anschluss, Austria’s annexation into Nazi Germany, the villa belonged to Josef and Jana Weintraub, who were forced to sell their property in 1942. The couple were deported to Theresienstadt concentration camp and separated there. Josef was killed in Buchenwald on 18 May 1944, Jana a day before in Ravensbrück.

In 1950 the villa was restituted to their daughter Margit Zwicker, who had managed to flee to the US; she sold it in 1959.