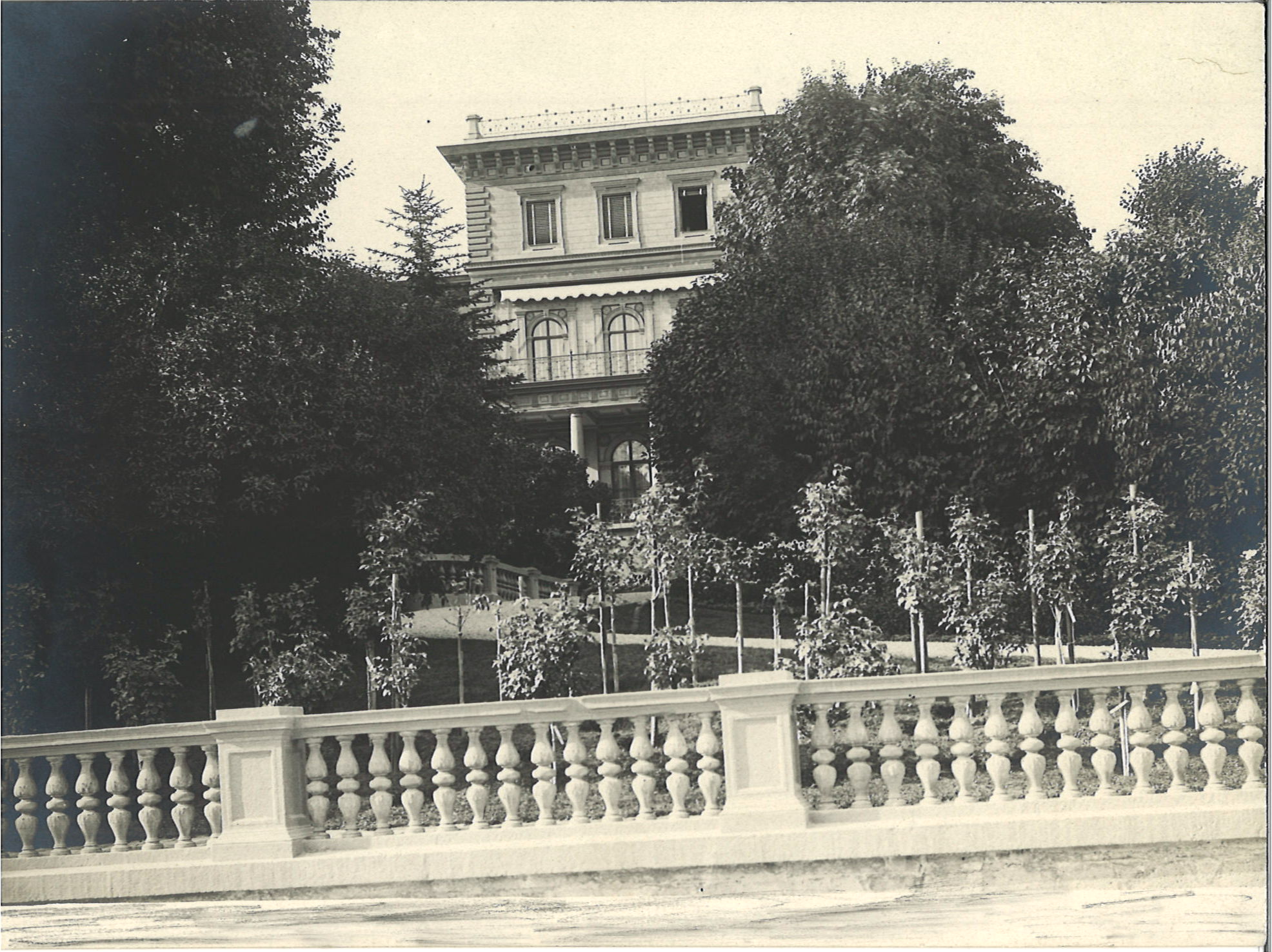 The Epstein family was one of the oldest pre-eminent Jewish families in the Monarchy. In 1857 Lazar Epstein, owner of a cotton-printing factory in Prague, married Rosalia Goldberger de Buda in Baden; she was from one of the leading textile-industry families in Budapest – Rosalie’s mother Elisabeth was an extraordinary person: the mother of seventeen children, she survived her husband and ran the factory together with her sons – an icon of emancipation.

Lazar’s son Gustav was elevated to the rank of baronet (Ritterstand) and expanded his activities as a banker in Vienna. In 1867 he commissioned Otto Wagner to build him a villa in Baden, where his daughter Margarethe was born on 14 August 1870 during their summer sojourn. But the happy time in Baden proved to be brief: during the stock market crash in 1873 Gustav Epstein lost his fortune and sold the villa in Baden to Archduke Rainer.

The Palais Epstein in Vienna is owned today by the Parliament; its collection also contains portraits of the family.