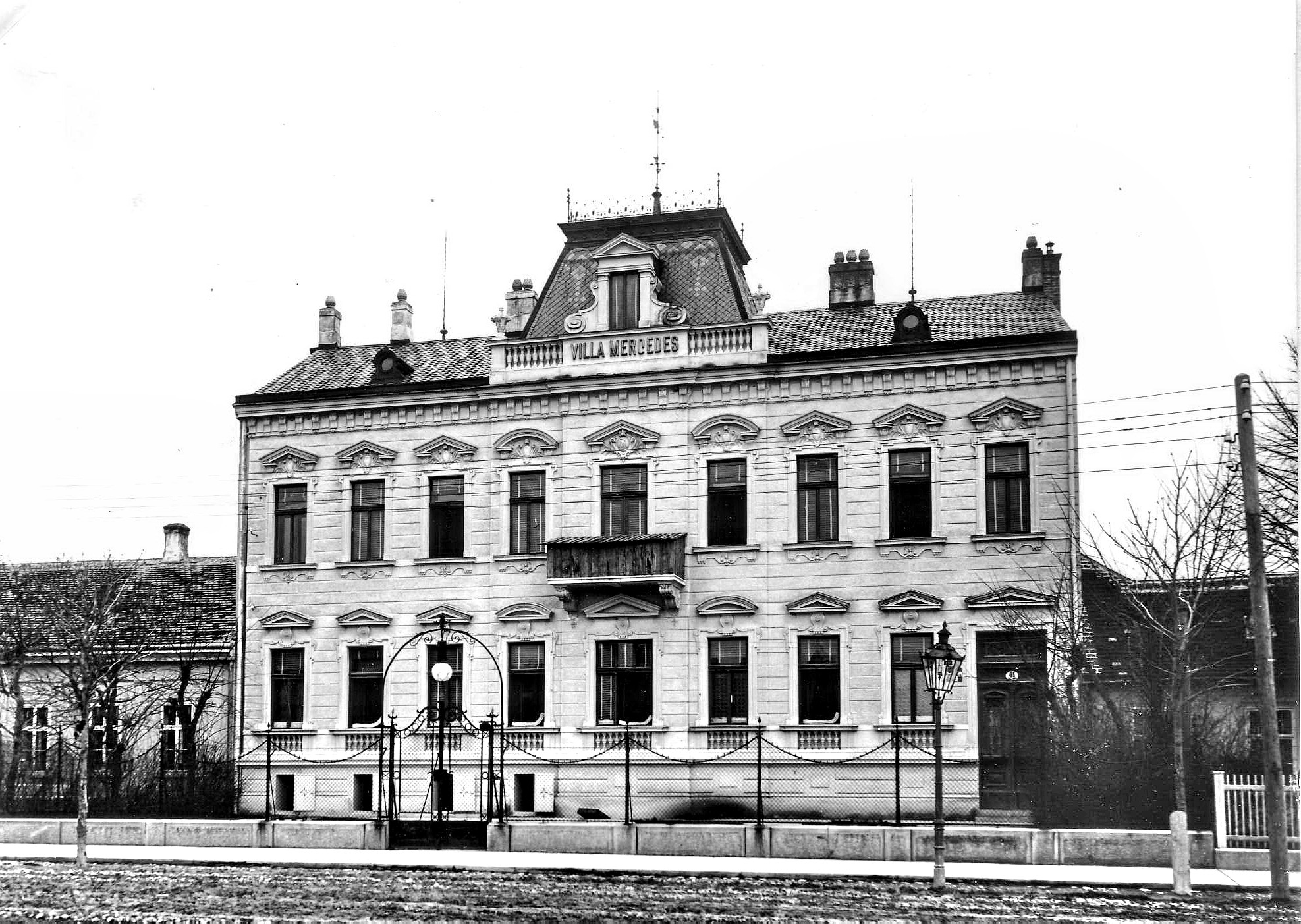 Emil Jellinek, son of a rabbi, was one of the most dazzling personalities of his time. He worked as trade and insurance representative in Algeria, the country of his first wife, Rachel. He moved from there to Baden in 1884. He purchased a villa, which he kept enlarging and expanding until it finally encompassed fifty rooms – today, only the garage testifies to its impressive history. And this garage played a major role in Emil’s life: he sold Daimler automobiles and had a special car made for himself which he named after his daughter Mercedes, born in Baden in 1889.

His son Raoul Fernand devoted himself to writing and had an exceptional love of music. A comprehensive collection of music scores survived in the music library in Essen and a short time ago was relocated once more to Vienna. Raoul Fernand’s life ended in tragedy: after interrogation by the Gestapo, on 10 February 1939 he committed suicide in his villa in Baden.